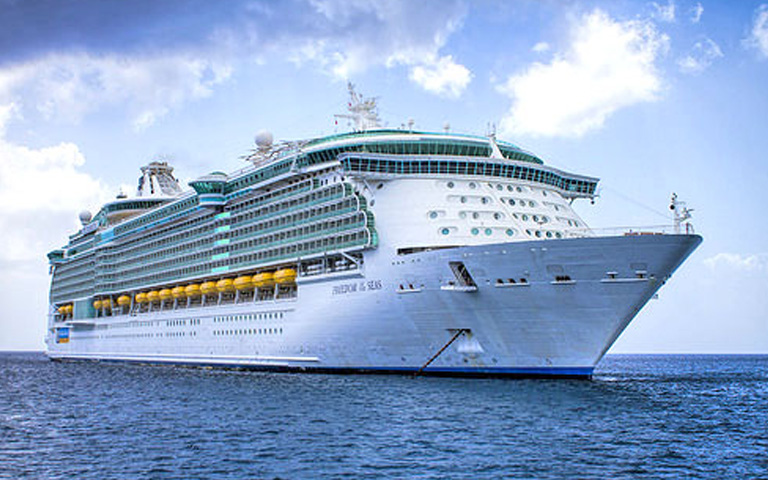 Freedom of the Seas Overview

Freedom of the Seas might be the Royal Caribbean’s most impressive and bustling boat in the whole fleet. Weighing a massive 160,000 tons and able to carry a staggering 3,634 passengers, Freedom of the Seas offers a wide variety of activities for its guests to enjoy.

Royal Caribbean Freedom of the Seas:

RCI is a cruise line company established in Norway and currently based in Miami, Florida.

The Royal Carribean Freedom of the Seas cruises from Fort Lauderdale (Port Everglades, Florida) with year-round 7-day Eastern and Western Caribbean cruises. In May of 2018, the ship will be repositioned to Puerto Rico however that plan depends upon the reconstruction in that area dues to 2017 hurricane damage.

Dining on Freedom of the Seas

For anyone looking for the world’s finest foods, Freedom covers its bases sevenfold. Outfitted with an elegant champagne bar, a Ben & Jerry’s ice cream shop, a pizzeria, a cupcake store, a high-end restaurant, and even a 24-hour cafe. This ship is every foodie’s delight.

Freedom of the Seas Amenities

The amenities go far beyond delicious meals. Any guest looking for an on-deck adventure will be spoiled for choice on the Freedom. In addition to a full-sized basketball court, this luxury cruise has a state-of-the-art fitness complex and a miniature-golf course. It also has a rock-climbing wall and even a FlowRider surfing simulator powered by intense jets shooting upwards of 30,000 gallons of water per minute.

While these amenities are beyond great, the ship’s calling card has to be the Royal Promenade. This 4-story atrium is the cruise’s 445-foot long centerpiece that is modeled after several famous American entertainment streets. Streets like Memphis’s Beale Street and New Orlean’s Bourbon Street. It is home to many eating establishments and is the social heart of the Freedom.

Freedom of the Seas Staterooms

The ship’s staterooms designed with comfort in mind. While the bathrooms are a little small, each cabin offers a sitting area, TV, and minibar. For those looking to spend a little extra and book a high-end suite, they will have a 1,358 cabin with a whirlpool bath, large balcony, and baby grand piano.

The Freedom of the Sea is the largest party boat on the market. For just standard cruise prices, Freedom can be the best party at sea anyone could ever wish for.