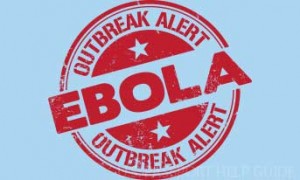 On Tuesday, October 21, the Obama administration announced that any traveler coming into the US from one of the three Ebola-stricken countries in Africa will be required to fly directly into one of five selected airports for additional screening. The news comes soon after the mandatory quarantine period of an NBC News Cameraman and News Team ended.

The changes to the current flight procedures comes from both sides of the isle. Democrats and Republicans call for a travel ban for those countries. The three countries in question are Sierra Leone, Guinea and Liberia. Instead of giving in and completely banning all travel from those three areas, the Department of Homeland Security has decided to add an additional layer of screening to all travelers as an extra layer of precaution. The new restrictions will begin immediately on Wednesday, October 22, 2014.

The change means that any traveler coming from one of the three Ebola countries must re-route. Re-route to one of five airports regardless of their original destination. The airports in question are JFK in New York, Newark in New Jersey, Dulles, Atlanta and Chicago.

Both the Department of Homeland Security and the Centers for Disease Control and Prevention said earlier in October that enhanced screening technologies had already been deployed at these airports. So, according to official documentation, the five airports are capable of managing around 94 percent of the people traveling into the United States. As there are no direct commercial flights from the US to those West African countries or vice-versa. The new screening procedures do not actually act as that much of an imposition to travelers.

Jeh Johnson, the Secretary of the Department of Homeland Security, indicates that these protective measures are just the beginning. He indicated in an official statement that they are continually evaluating their current safety measures. Also, will decide on an ongoing basis whether additional precautions are necessary. If additional protection is necessary for citizens of the US, the Department of Homeland Security will act accordingly.

The recent changes mean anyone traveling into the US from the three African countries will need to re-book flights. Especially, if they were not already schedule to pass through one of the  airports. Some of the additional screening measures in place at these locations involve taking the temperature of all passengers. This will insure that they are Ebola free.