How To Get The Government To Pay For Your Study Abroad 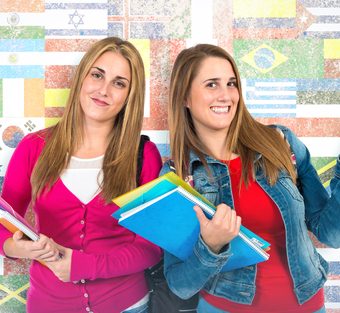 There are many colleges ready to accept exchange students from around the world. If you intend to do some of your studies outside the U.S., you can get a government to pay for your study abroad. For this to happen, start looking online for scholarships offered by governments.

The U.S. has a few scholarships for study abroad. There is other countries’ government that also do the same. I have compiled a list of scholarships off by different countries. The list contains eight countries, but there are many more than offers scholarships.

The Boren Scholarship provides study abroad in places like Africa, Asia, Central & Eastern Europe, Latin America, and the Middle East. If your focus is on language studies, this scholarship could be yours. One of the stipulations after completing the study abroad is to work for the federal government for at least a year after graduation.

The BGISP offers scholarships to a limited number of students who wish to study abroad in non-traditional countries. The scholarship is sponsored by the Bureau of Educational and Cultural Affairs of the U.S. Department of State.

The Critical Language Scholarship is another sponsored by the State Department. With this scholarship, you can study languages including Arabic, Japanese, Swahili, and Russian.

The Fulbright grant offers two types: Study/Research and English Teaching Assistant. It is given for one academic year to work, live, and learn. The number distributed changes since it depends on the availability of federal funds.

The Chevening Scholarship program is offered by the UK government to support the development of future global leaders. The grant helps recipients to develop their potential academically and professionally at any university in the UK. It is open to anyone in a master’s program.

The Australian Department of Foreign Affairs and Trade offers the Australian Awards Scholarships. If you wish to get a degree in any of the programs from any college in Australia, this award could be yours.

The Federal Commission for Scholarships for Foreign Students provides this scholarship to any student who will pursue doctoral research in any public or private institutions in Switzerland.

The New Zealand Pacific Scholarship is funded by the New Zealand Aid Program and gives international students the chance to gain knowledge and skills in specific areas of study.