One Passport To Travel The Entire African Continent 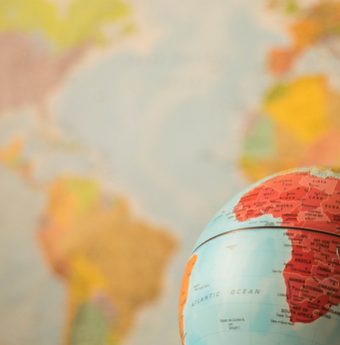 The African Union (AU) is planning to roll out a new initiative that will unify travel between all African countries. Instead of making changes to their own country’s visa laws, all countries in Africa are working on a plan to have one passport for all of Africa. As the second largest continent, allowing free travel across so much land is a huge step forward as well as a possible safety risk.

Using One Passport To Travel Africa

Looking at the positives of creating one passport for all in Africa, this has the ability to generate unification between cultures that have been buried in political tension. Between all the civil and cultural wars Africa is embroiled in, it makes a lot of sense to open border to let people coexist.

People that speak different languages can teach each other about their cultures and influence people from all around the world to come as tourists. This concept would also encourage business throughout Africa.

A person from South Africa can go to Sudan and conduct business without hassle and problems, growing the economy of both countries. The idea of allowing free flow between all the nations is similar to the European Schengen Agreement, which will enable citizens in the Schengen Area to travel to other countries in the area visa-free.

There are still obstacles that need to be hurdled over before there is any chance of this idea actually working out.

First, Africa is infested with different diseases and viruses, most notably Malaria and Ebola amongst hundreds. Not all African countries have these problems, and opening borders would create a possibly dangerous situation.

Regulating who is vaccinated and safe to travel between African countries will become more complicated, with a significant risk, including taking disease and spreading it to other countries and even overseas.

Secondly, for the same reason, this idea is good and is terrible at the same time; the cultural division between tribes, religions, and cultures can create even more pandemonium instead of unifying the people. The entire idea is a gamble, and not one Africa might be ready to undertake.