PassportWhat You Need to Know About Upcoming U.S. Passport Changes

What You Need to Know About Upcoming U.S. Passport Changes 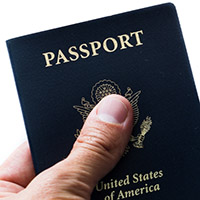 This will require more stringent ID checks on all domestic flights. In fact, by 2020, driver’s licenses were longer be acceptable on domestic flights in the US. As a result, many people are racing to renew their passports to ensure a smooth and trouble-free travel experience. However, questions still remain about what passport changes have been added to the new passport one.

What kind of delays can be expected on passport renewals, and how to go about renewing a passport.

Here is what you need to know.

Why You Should Get Your Passport Renewed

The REAL ID Act has already caused a significant uptick in passport renewal requests. The estimated expectations are 17 million in 2016 and a whopping 20 million in 2017 and 2018. According to the Department of Homeland Security, after 2020, absolutely all travelers on U.S. domestic flights will no longer accept driver’s licenses as a form of ID. Hence, that will make passports a necessity.

Due to this massive increase in applications, the State Department’s recommendations are for travelers to upgrade their passports. So, a passport renewal for an adult costs $130 and takes 4-6 weeks. The State Department indicates that there could be delays in the coming years due to the number of applications.

Many people are also unaware of the 6-months validity rule. This rule is applicable in many countries. Countries in Asia and almost all 26 European countries in the Schengen Zone use the 6 months validity rule. Going to one of these countries with a passport set to expire in 6 months, you will get stopped from entering. All the more reason for renewing your passport as soon as possible.

In order to receive a new passport, you should first visit the State Department’s website where you can find just about all the information you need to go about the renewal process. In general, you can either mail-in form DS-82, which you can find online, or you can do it in-person at about 8,000 locations where agents will process your passport request.

The federal government is rolling out a number of changes to passports. This is in order to protect national security and reduce fraud and misuse. A new passport makeover will start in July of 2016. Perhaps, the biggest change is a new chip going into the passports. This chip feature will be on the information page of your passport. It will be machine-readable and contain key biometric data on each traveler.

The chip also offers new security features that will keep people from falsifying your data based on information stored on the chip. There will also be a variety of new watermarks and “optically variable” special inks along with special designs that stop forgery and misuse. The inks will change color on the angle you view them. While certain designs or artwork will actually raise off the page so you can feel the design. Other forensic features and technological improvements will be in the near future as well.

There will be other changes as well, such as fewer passport pages. Current passports feature 52 pages, but the new 2016 passports will feature only 28. The new passport has a polycarbonate coating that protects the book from water and bending.

Ultimately, getting your new passport sooner rather than later will provide you with more security. Also, it will help ensure that you avoid any headaches during your travels.