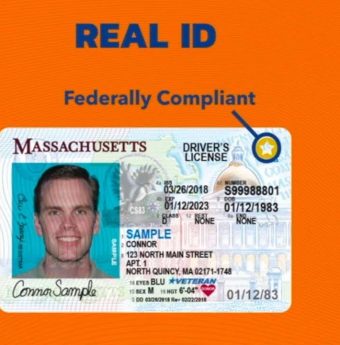 Following the terrorist attacks of 9/11, the United States Government immediately began passing laws that increase security. Security for safety before boarding planes and on planes themselves. Part of these security measures included making identification nearly impossible to forge. The REAL ID Act of 2005 was designed to make each state comply with the security measures the federal government has taken. Since driver’s licenses and ID cards are issued by the state and the security of those is regulated by the federal government, the act forces each state to comply with the federal law or the people in those non-complying states cannot travel by plane.

After many years of small changes and enforcement to the act, the federal government has finally set a deadline. Every state will issue a new driver’s license in compliance with the REAL ID Act by October 1, 2020. The deadline will force the states that haven’t already issued the unique identification to begin the process unless granted an extension.

For example, New Jersey has an extension through October 10, 2019, which can give them more time to make the new ID’s. It does not exempt New Jersey from having to issue the unique ids by October 1, 2020. Forty-five US states are ready to roll out the new driver’s licenses to people who need them with Oregon, Oklahoma, Maine, Kentucky and New Jersey needing an extension.

The ID works with the implementation of an RFID chip into the ID. The chip contains all the same information that appears on the top of your ID. For instance, by scanning the RFID chip, all your necessary information is seen on a monitor. So, the TSA official or whoever is in charge of maintaining security can view it on the screen. This extra layer of protection combined with a design that is near-impossible to replicate makes for safer travel than we had 20 years ago.

Steps to Get Your REAL ID

Obtaining a REAL ID is very similar to renew your driver’s license at the DMV. In these few steps, you have your new identification, one that is much better with more features and accessibility.

Less Hassle with a REAL ID

With your new license, you have the ability to travel to places without the hold-ups and hassle of carrying the regular license. In addition to being more secure as its intended purpose, it also allows you to travel to Canada, Mexico, and the Caribbean by land or sea. This access to other countries could possibly discontinue the need for passport cards, which practically serve the same purpose.

Having this new identification will be crucial for any domestic traveling you plan to do in the near future. Since the Transportation Security Administration (TSA) is a federal organization, they will require that all travelers have a REAL ID. Even if they intend on flying domestically between states. If you do not have a passport and for instance want to fly from New York to Los Angeles, the ID will be enough to get on the plane. In addition to traveling by plane, this form of identification is use as adentification to enter any federal facilities.

Who Needs a REAL ID?

On the other hand, not every US citizen will need a REAL ID. If you are under 18 years of age, you cannot get one. Unless you have your full driver’s license already. Also, if you only need an ID for providing identification, there is no need for updating, since an old form of identification will do. Finally, if you have already been out of the country and do not mind using your US passport to fly domestically, there is no problem with bringing the passport as ID instead.

You do not need a REAL ID to travel by plane or to substitute your driver’s license immediately. If you want to keep your current documentation the same and still want to travel by plane without a passport, there are a few options. You can get DHS trusted traveler cards, a permanent resident card, DOD ID, or a tribal-issued photo ID. These are definitely not preferred to the REAL ID because of their lack of security in comparison, but they are all viable options for domestic travel.

The Cost of a REAL ID

REAL ID’s are not free, and the prices vary state to state. Prices range anywhere from $10 to $85 depending on the state and their regulations. Just like a driver’s license, the ID needs to be renewed before the expiration date if you intend on continuing to travel by air or car. The prices also depend on how much a state wants to make in revenue from the ids.

US passports and the upcoming REAL ID’s are similar in many ways. They are in their purpose and functionality but also very distinct from one another. Both identifications allow you to fly anywhere across the US legally and without any further identification. They both also can be used in situations outside of their original purpose. For example, if you are trying to open a bank account or trying to buy alcohol at a bar, both ID’s can be used to prove identity or age, respectively.

While they do have their similarities, the two are most certainly not the same. You can use a REAL ID to board flights throughout the US, Canada, Mexico, and the Caribbean. Passports are acceptable for domestic and internation flights as well. A REAL ID’s purpose is to improve security measures domestically against terrorism, so it would not make sense to allow worldwide travel with one.

A REAL ID and passport card both share the same accessibilities, but the REAL ID has more also. You can use both as identification to travel in the US, to Canada, Mexico, and the Caribbean. But unlike the passport card, a REAL ID is still a driver’s license. You cannot use your passport card to operate a vehicle. The same way you can’t use a REAL ID to travel to Europe. The limitations in function for every type of ID is to ensure the safety of every person moving in the US.