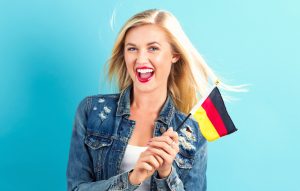 A country whose residents don’t double take at the sight of you drinking a beer that is literally bigger than your head. A country that is a cultural heartbeat of Europe. The profound history that lingers in every street corner to the current day. A country that is centrally located in Europe, thus making traveling internationally the most affordable in all of Europe. This country is Germany. Hence, it is one of the most popular countries for study abroad students (and for a good reason).

Germany is globally known for its free/affordable fees and courses. It is, generally, an inexpensive country for American students. This is possible because the cost of living is about 20% lower than it is in the USA. It shows in categories such as consumer rent prices, restaurant, and grocery prices.

Another factor that is unique to this country is that German universities will not hold your hand like lots of universities in the States do. So, you are very independent. In Germany, we promise your workaholic tendencies will be curbed.

Where to Study Abroad

English is becoming more and more common as the primary language for Germans. There are hundreds of universities in Germany and 10 German universities rank in the top 200 worldwide.

Freie Universität of Berlin (Free University of Berlin)– This is one of the oldest universities in Berlin and expects one-third of its students to be international students. It has ranked 87th in the QS World University Rankings in 2016. It also has many collegiate offices internationally which means they have created strong partnerships and encourage more students to study abroad. Check out their English language programs for more info.

Ludwig Maximilian University of Munich (LMU) – This is one of Germany’s oldest universities. LMU ranks 60th in the QS World University Rankings and has about 15% of its student population is international students. The university offers more than 100 areas of study.

Heidelberg University – This university was founded in 1386 and ranks 55th in World University Rankings. It is one of the oldest and most prestigious universities in all of Western Europe and performs the best in sciences. More than 20% of their student body consists of international students from about 130 countries.

Best of the English- language programs:

U.S. Citizens need a valid passport to travel to and within Germany.

More than likely foreign students will need a visa to enter Germany. Despite the agreement that allows U.S. citizens to travel within the Schengen Area for up to 90 days without a visa, Germany is a very diplomatic country and requires all types of verification of your stay. You also cannot convert your tourist visa to a student visa or student applicant visa.

The two types of student visas for Germany:

1. Student application visa: (if you have not yet received notification of admission into a university or foundation course, apply for this visa)

This visa is valid for 3 months and allows you to meet the requirements for admission to a German university. This visa may be extended upon acceptance but only up to 6 months.

2. Student Visa: (if you have received an admission letter) *MOST COMMON*

You will need to present the following at your appointment to obtain the visa:

Then you must apply for a residence permit at the consulate.

Studying abroad in Germany is an incredible choice for any American student seeking a cultural and exciting adventure in their education. And who knows, you just may want to stay!