VisaGuam Visa – How To Apply For A Guamanian Visa

Guam Visa – How To Apply For A Guamanian Visa 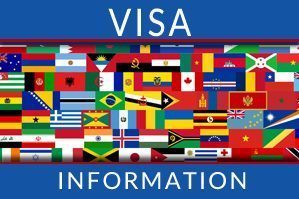 Guam is a United States territory and does not require a Guam visa to travel to if you are a citizen of the United States.

You will not need a passport to travel as a United States citizen that is returning from or traveling to any U.S. territories. You will need a valid driver’s license or state issued photo identification.

The following list will provide you with destinations that are United States territories and will not need a passport or visa to travel to.

The U.S. Territories are as follows:

Commonwealth of the Northern Mariana Islands

Any U.S. citizen that returns directly from and U.S. territory has not been considered to have left the U.S. and does not need to have a passport present.

However, if you want to obtain a passport anyway, you can do so using the information and links provided below.

You can obtain a new passport if any of the follow apply:

An expedited passport service will help quicken the processing time of the services above.

Embassy and Consulate information is not currently available.