What is a Passport?

What is a Passport? 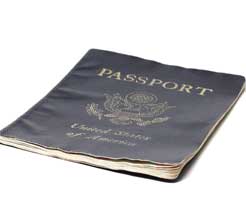 Every country issues passports to citizens of that country. US passports are issued by the United States Department of State. American citizens require passports to exit and enter the US and all other countries in the world. It is your responsibility to carry the correct identification while traveling abroad.

Most countries require that a passport be valid for at least six months beyond the completion of a trip. If your passport expires sooner than that, you must apply to renew your passport. A passport includes a photo of you, your name, birthdate, gender, and physical characteristics. Diplomats and government officials are granted different passports than what’s given to regular travelers.

As for content, all countries have similar requirements with each other. All contain the national emblem, the full country’s name and the type imprinted on the cover, while the details for use of it are usually imprinted on the back cover. On the inside front cover are generally printed the words requesting that the correlated military or administrative departments of the target country offer some necessary convenience and assistance to the person who is carrying the passport.

Extensions for expired passports are allowed in all countries, so they contain special pages for extension and remarks. To facilitate countries to issue visas, many additional blank pages are included within it, each page imprinted with the word “VISA”.

The texts printed on it are primarily in the native language of the issuer, but the same texts in English are also included by most countries.