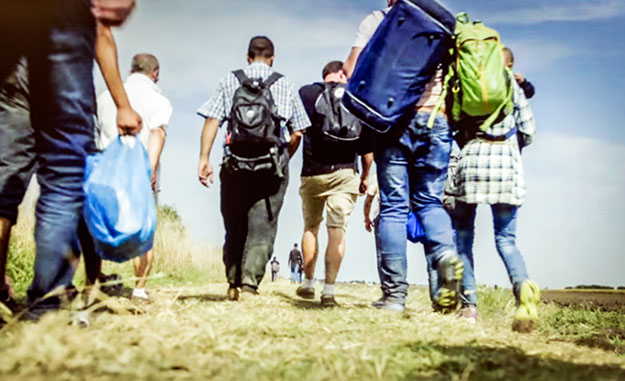 Many have a hard time identifying what an immigrant is and what category they fall into. So to make thing easier for one to understand, we’re going to help you determine the difference between an immigrant, an illegal immigrant, what they are, and how they get here.

Simply put, the immigrants definition is a foreign-born individual who moved to a different country on a long term or permanent basis. This process in which a person becomes a legal citizen in another country can vary depending on the country and reason for the relocation. If one is looking to immigrate to the United States, there’s plenty of paperwork, tests, and background checks that come into play before one call themselves a U.S. citizen. To put this lengthy process into perspective, the background check process alone can take at least six months to a year.

What Is An Undocumented Immigrant?

What Are Illegal Aliens? – The illegal alien definition is nothing that is a technical term or a term that would be found within the U.S. immigration law. This term is simply jargon used for insulting connotations as it groups many individuals into one category. However, this term does/can apply to a foreigner who has entered the U.S. without an immigrant visa or entry visa. Many individuals assume that illegal aliens move to the U.S. by avoiding inspection and crossing the border, but many of them happen to overstay their time as a business person, a tourist, or a visitor.

What Are Illegal Immigrants? – Illegal immigrants are essentially foreigners who have entered the U.S. without an immigrant visa or entry visa. Although many individuals assume that illegal immigrants move to the U.S. via inspection avoidance and crossing the border, but many of them happen to overstay their time as a business person, a tourist, or a visitor.
How Many Undocumented/Illegal Immigrants Currently Live In The U.S.?

Although it’s fairly difficult to find an exact amount of undocumented immigrants living in the United States, the estimates from the Pew Research Center and the Department of Homeland Security (DHS) have placed the number of immigrants to approximately 11.4 million.

Why Haven’t Undocumented/Illegal Immigrants Been Deported?

The reason why undocumented/illegal immigrants haven’t been deported is due to the lack of resources needed for the deportation process. Between the transportation, detention, apprehension, and legal proceedings that come with deporting an individual, the average price would be $12,50 per person.