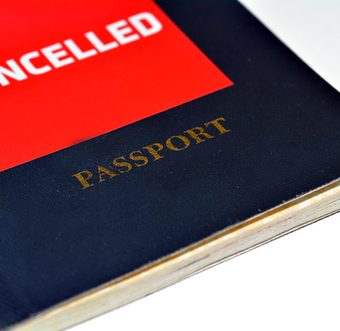 A convicted child sex offender’s name is added to a registry. Registries are accessible through the FBI website. You can search by state, U.S. territories, and tribes. For a person to land on the registry, he or she is found guilty of crimes such as molestation of minor, sexual conduct with a minor, kidnapping a minor, engaging in lewd acts in the presence of a minor, and viewing or sharing child pornography. Also, if you are a teen and have sex with another teen, you can be labeled as a sex offender. Posting nude pictures of yourself online, if you are underage, can also label you as a sex offender.

The Department of State notifies a convicted child sex offender by mail of the revocation of his or her passport. The offender can still apply for a new passport; however, the document will contain a statement on the inside back cover. The statement reads “The bearer was convicted of a sex offense against a minor and is a covered sex offender pursuant to 22 United States Code Section 212b(c)(l).”

The issuance of the passport does not prevent the person from traveling to another country. However, it is up to the country to grant admission to a person with such a passport. If a person is convicted of sex tourism crimes, he or she is disqualified from getting a passport.

Applying for a Passport