Travel7 Weird Things About the Irish: Travel Tips for Ireland

7 Weird Things About the Irish: Travel Tips for Ireland 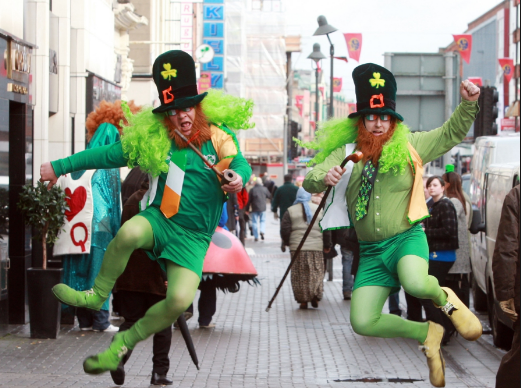 Each country and its people have their quirks. Regardless if they’re stereotypes about their physical appearance or their tendencies we all have them. However, the humor can be found in the aspect of truth within these age-old tales. Out of the sake of pure fun, here are seven strangely true generalizations about the Irish people that will help on your next trip to Ireland. Remember that you will need a valid passport for travel to Ireland. However, no visa is needed for American travelers to Ireland. Enjoy these Travel Tips for Ireland and make your next trip to the Emerald Isle unforgettable!

1.) The Irish speak their own version of English.

Obviously, we know that Ireland has their own language, Gaeilge, or “Irish Gaelic” as the national and first official language of Ireland. However, once visitors arrive they will notice that their English has been taken over by influences of this and slang words that have been passed on for ages. Taste is a word used to refer to a grilled sandwich. To be “wrecked” usually refers to be exhausted after a night of drinking. The infamous “Craic”, well we will just let you figure that one out on your own. The majority of Irish folk speak English. But, due to their one of a kind lingo we wish you all the luck trying to understand a conversation with a native.

2.) The Irish give the worst directions.

There are over 30 U.S. States that are larger than the whole country of Ireland, and for locals, this is no surprise. Seeing as they know how small their cities, towns, and villages are they feel as if everything is right around the corner.

3.) The Irish are world class procrastinators.

If the Irish people are good at anything it is procrastination. There doesn’t seem to be a good explanation for this accurate stereotype. Except, maybe that they live a simpler life and they would rather spend their time doing other things- such as drinking!

Not only can Irish people talk a lot, but they also speak quickly so keeping up with a native may give you a wee bit of a headache. The Irish people have mastered small talk, however, they truly are genuine and can offer lots of interesting passed down stories. Therefore if you strike up a conversation with an Irish, be sure to have plenty of time.

5.) The Irish are one with the weather.

A true Irish man can not only smell the rain coming but can also feel it in the air at least a half an hour before it comes. This is no exaggeration, and if you spend any amount of time in Ireland you will contest this. This ‘talent’ probably stems from their expertise seeing as they’ve grown up around rainy weather 85% of the time.

6.) The North vs the South of the Irish feud is a thing.

For those who are unaware, Northern Ireland is a part of the United Kingdom of Great Britain while Southern Ireland is considered the Republic of Ireland. The states have been separated since 1922 for political and religious reasons that have migrated into personal feelings. In short, the people who live in these areas want two different things. Until this day, people from Southern Ireland and vice versa can instantly spot one another by their accent and perhaps the way they carry themselves. Regardless of the bad blood, the hostility is still there till today.

7.) The Irish really are the most friendly bunch of people.

Ireland as a whole has the mentality of avoiding conflict. We can see this in historical contexts as they opted to remain neutral during World War II. Also, Irish people are raised in laid back and relaxed homes. More likely than not, the Irish are raised on the saying “To have a friend you need to be a friend”. Regardless if there is some truth to the two points above, or its the charming Irish accent that foreigners cannot tell if they are angry or elated we can just always assume that the Irish are always being friendly and the best hostesses and friends. What a great stereotype for people to have about your country!? We hope you enjoy your next trip abroad with our Travel Tips for Ireland!