Passport16 Ways to Get TSA Precheck for Free

16 Ways to Get TSA Precheck for Free 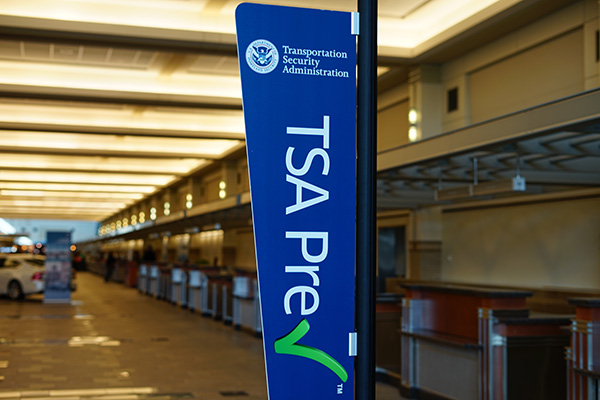 Nobody likes devoting a huge amount of their travel day to going through security at the airport. But now, thanks to programs like TSA Precheck, this isn’t nearly as lengthy or as frustrating of a situation as it used to be. The ultimate goal of TSA PreCheck isn’t just to reward travelers with a better, more fluid experience at airports. It also gives TSA officials more time to focus on passengers who may fall into a “high risk” category. Or, those who are generally less well-known during their trip.

What is TSA PreCheck?

Since its inception, TSA PreCheck was a program administered by the Transportation Security Administration. This allows low-risk travelers to participate in expedite security screenings at airports around the country. Once a traveler gets approval, they can go through shorter and faster security lines at the airport.

For those unaware, TSA Precheck is a program offered by the United States Transportation Security Administration that costs $85 for every five year period you participate in. It lets you move through security at 200 participating airports much faster than average and also prevents you from needing to remove your shoes, your belt, any light jacket that you may be wearing and more. You also don’t have to remove liquids, laptops or other items from your carry-on bag.

One study even reports that the average TSA Precheck participant only spends about five minutes in the security line at the airport.

The good news for travelers everywhere is that a program like TSA Precheck exists in the first place. The better news is that you can often participate in the program WITHOUT paying the $85 fee at all. You just need to keep a few key things in mind about the many, many ways that you can get TSA Precheck for free right away.

Getting TSA Precheck for Free: What You Need to Know

One of the easiest – and most common – ways to get TSA Precheck completely free of charge actually involves owning one of a number of very popular credit cards. Many people don’t realize that to incentivize people for signing up, certain credit card companies cover the cost of membership for TSA Precheck and other programs for at least a year, often longer.

As of 2018, the following credit card companies offer TSA Precheck for free:

Additionally, a number of loyalty programs from prominent hospitality industry brands also offer TSA Precheck for free. If you’re currently a member of any of these programs or are considering signing up, this would be just another in a long line of ways to extend those benefits even further. These programs include: