PassportWhere Can I Travel With Just A Passport Card?

Where Can I Travel With Just A Passport Card? 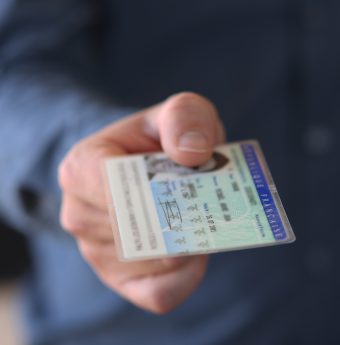 If these passport cards are so amazing, why doesn’t everyone have one? Should you have one? What are the differences between a Passport Card and a Passport Book?

Read on to learn the answers to these questions and more!

What is a U.S. Passport Card?

A passport card is a wallet-sized, limited-scope U.S. Passport. Just like a standard Passport book, passport cards prove you are a U.S. citizen and confirms your Identity.

When traveling to “border” countries from the U.S. a passport card speeds up the security check process by using a Radio Frequency Identification (RFID) Chip. The RFID chip contains a unique number generated by the U.S. government when the card is issued.

The card is scanned and the Customs & Border Protection agency (CBP) use the number to look up your information before you arrive at the security station. To protect your identity, there is no personally identifying information on the chip itself.

Be it a card or a book, a Passport is still a Passport. That is not to say these two pieces of identification are equal. They are not.

How are They Different?

Size: Passport Cards are wallet-sized. This makes them very convenient. Passport Books are a bit bulkier. When closed, they are 5″ x 3.5. By no means are they huge, but they aren’t going to fit snuggly in your billfold either.

Travel Visas: Passport books are required for Travel Visas. Passport Cards do not support Travel Visas because they do not have the blank pages for them to go on.

Where you can go: You can only go to and reenter the U.S. from border countries with the Passport Card. Border countries are Canada, Mexico, the Caribbean, and Bermuda.

How you can get there: You can travel internationally via air, sea or land with the use of a Passport Book. With the card, you can only travel by sea or land. International air travel is not allowed with the card even if you go to a border country.

Cost: Depending on your circumstances, additional fees may apply, but the basic pricing information is as follows:

How are They the Same?

Real ID Compliant: The passport book and the passport card are Real ID compliant. This means you can access federal buildings and fly domestically with either. You are no longer able to do so with a standard-issue state driver’s license.

Validity: How long is a passport card good for? For the same amount of time as Passport Book. If you are 16 or older, both are good for 10 years. Otherwise, they are valid for up to 5 years.

Do I need a Passport Card?

Since they are comparatively inexpensive, a passport card for a cruise is ideal! As long as you go by sea or air, they are also great for other types of one-time trips to border countries.

Because they speed up the security process, passport cards are also great if you frequent border countries but don’t stay long or travel outside of the U.S. otherwise.

How do I get my Passport Card?

Print and fill out form DS-11 or form DS-82 and head to a local Passport Application Acceptance Facility. Do not sign the application because giving it to an agent at the passport agency or you will have to fill it out again.

If you qualify to apply for your passport with the DS-82 form, you can mail it in instead of going to the agency in person. If you have to go, there are 8,400 facilities in the U.S. You will be able to find one with ease, but some locations require an appointment.

Once your application is filed, you can expect your new card in as little time as 4 weeks or it could take up to 3 months. The exact amount of time will depend on the demand at the time you submit the application.

Take a look at this article if you need more information about the specific documentation to apply for a Passport Card.

Which Form Should I use?

The form you should use to apply for a Passport Card depends on whether you have had a passport before. It can also be affected by how long ago you had a valid passport.

If you have had a passport in the past, it does not matter if it was a card or a book, it is still a passport. It is important to keep that in mind when reading the below information.

If you do not fall within the above criteria, you can apply to renew your current password with form DS–82.

Ready for Your New Passport Card?

Considering the amount of time it can take to get your Passport card after applying, you should get one as soon as possible if you plan to travel to a border country. Do not wait until it is too late, or you will have to pay $60 to expedite the process.

No one wants to shell out extra money.

If you have additional questions about the Passport Card, all you need to do is ask! We are always happy to help with your passport needs.