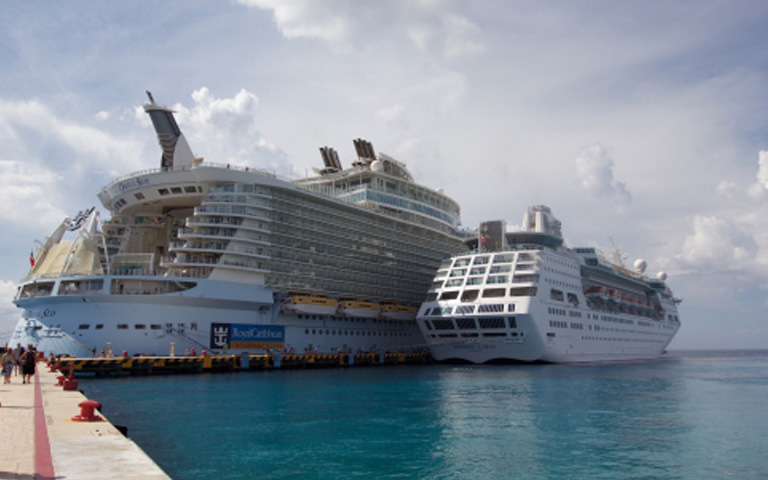 Empress of the Seas Overview

Reinvention is a rare thing when it comes to luxury cruises. Given that, you can call the Empress of the Seas one of the Royal Caribbean’s most amazing rarities.

Originally named the Nordic Express, the Empress debuted way back in 1990 and had a successful run until 2004, when the name was changed. Empress is one of the oldest ships in the Royal Caribbean’s expansive fleet, but do not mistake age for a lack of quality. This cruise ship is relaxing, sleek, and refreshingly nostalgic.

Royal Caribbean Empress of the Seas:

The Royal Carribean Empress of the Seas owned by Royal Caribbean Cruises Ltd.

RCI is a cruise line company established in Norway and currently based in Miami, Florida.

The Royal Carribean Empress of the Seas takes short cruises out of Miami. The cruise ship offers 3-, 4- and 5-night itineraries including 5-nights with Cozumel Mexico overnights. For winter 2017-2018, the ship sails from Miami to Bahamas (Coco Cay and Nassau). Future plans in 2018 call for 4- and 5-night roundtrips to Key West FL and Mexico (Costa Maya, Cozumel), also including Havana Cuba. In 2018-2019, the ship will reposition to Fort Lauderdale FL to operate on short Caribbean itineraries.

Empress of the Seas Amenities

While it is the smallest ship in the fleet, the Empress has a surprising amount of amenities. Outfitted with an abundance of deck space, several bars and lounges, and three high-end restaurants. This ship offers plenty for residents to enjoy.

Dining on Empress of the Seas

The Main Dining Room is the ship’s central grub hub. The room gives residents the choice between fixed seating for formal dinners or flexible “anytime” dining options. Empress even has the Chops Grille. A signature steakhouse guaranteed to appease any appetite.

Entertainment on Empress of the Seas

As for entertainment, the two-story Royal Theatre shows a variety of acts for anyone’s viewing pleasure. There is also an entire deck-wide casino and the Boleros. A lounge famous for its hand-made cocktails and live music. And for the bookworms, the Empress is one of the few luxury ships to have an entire library. Making it the most educational cruise on the market.

Tradition is important to the Empress, but that does not mean it is stuck in the past. The staterooms were refurbished and reoutfitted in 2015, now offering an intimate, but more modern way to live life on the high seas.

The Empress of the Seas is a unique cocktail of nostalgia, modernity, and pure joy and at standard cruise prices, it is the best experience on the ocean.